This cake was very pretty, but the taste was rather bland. Maybe it was because I used homemade applesauce which isn’t sweetened. The frosting with applesauce was a nice touch, though, and I might use it on something else.

I got the recipe here, but it’s from the Middle Eastern Vegetarian Cookbook by Salma Hage. If you leave out the labneh as I did, it is a one-pot vegan meal.

This recipe says to use honey and sour cream, but it works fine if you use agave syrup as I did, and replace the sour cream with either non-dairy yoghurt or a nut cream.

I know I’ve been posting a lot of dessert recipes lately. I was staying with some people over the holidays and since I offered to help cooking I took over making dessert every night. I don’t usually make dessert at home except for special occasions so it was a nice opportunity for me to do some baking. I didn’t even post all the things I made which weren’t new recipes, like trifle and apple pie. 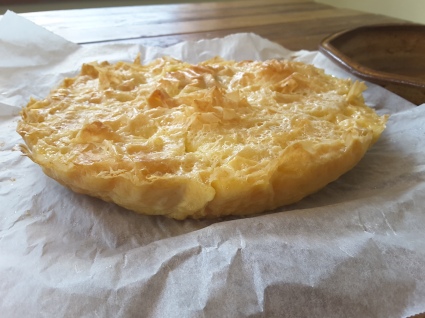 Anyhow, I made ruffled milk pie. I used the traditional cinnamon and lemon flavour instead of vanilla.

I used this recipe but did not add the icing. I used a mix of raisins, dried cranberries, and dried apples.

I’m still working through my holiday baking posts. I made molasses pumpkin pie and swirled a little extra molasses in to make the decoration.

Although this is usually made with cherries, it adapts well to most soft fruits. In this case I used frozen raspberries which had been grown this summer by the people I was visiting. 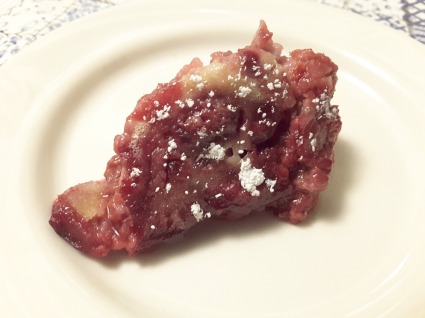 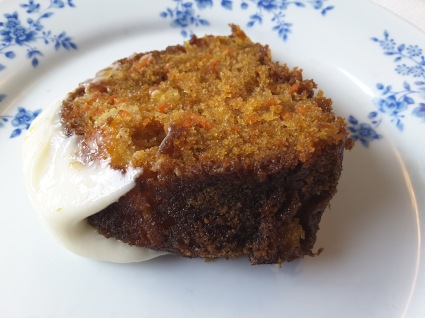 My seasonal baking also included a carrot-pineapple bundt cake. Here is the recipe. This was really moist and people liked it quite a bit.

I’ve made a lot of apple pies, but always from fresh apples. So when I was asked to make an apple pie using frozen apples which had been grown this summer, I instead opted for some homemade applesauce so I could make an applesauce pie. The site where I got this recipe from originally is now defunct, but this one is similar.

I reduced the butter by half, increased the applesauce slightly, and used three eggs because my host’s chickens lay eggs that are a bit smaller than commercial ones.

I used this recipe, except I substituted agave syrup for the honey to make it vegan, and I poured the sauce directly on the sprouts while they were still cooking, so that it was fully absorbed. 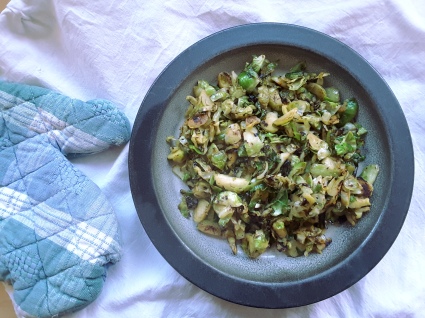 This was not a bad way to prepare sprouts. I think it would be nice tossed with buckwheat noodles and a bit of fried tofu, as a main dish.